Nowadays it is easy to find information about any topic on the internet. Unfortunately, there is also a lot of false information out there, for example about living abroad with your family. We at Expat Child Psychology regularly hear about assumptions international families hold or advice they have been given that is not helpful in the long run. Here are 4 often heard myths about raising international children:

1. Children who learn multiple languages develop speech delay.
Parents should only speak the majority language.
This myth is often heard when children start talking later than their peers or know fewer words in the majority language than their peers. However, there is ample evidence suggesting that although it might seem like children who grow up bi- or multilingually have speech delay in each of the languages individually, they are able to express as many (or more) words across their languages as their peers who grow up with one language are able to express in that one language. Additionally, the cognitive and social benefits of growing up with multiple languages are well reported too. Furthermore, advising parents to speak to their child in a language that they do not fully master themselves is a bad idea; this actually might lead to speech delays and it might lead to problems in the connection between parents and child, as the parent may be unable to express their affection or give words to the child’s experienced to the same extend as they would in their native language.

2. Children are very flexible and resilient, an international move is only beneficial for them.
T 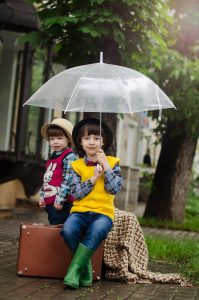 his myth is a tenacious one. Yes it is true that generally speaking children are very flexible and resilient and that growing up internationally can have many benefits for them. However, an international move IS a big step for all of the family. Even young children can and do struggle with international moves. Imagine being a toddler who is just getting to know and understand the world around them, and then being taken in a totally new environment where only your parents and siblings are familiar. In a way you would have to start all over again, trying to make sense of the world. Or imagine being a teenager, in the process of forming your identity and separating from your parents. Now you are taken to another country where you do not know anybody, might not even know the language. You have no friends here and are totally reliant on your parents. What does that say about who you are? A good preparation for the international move and continuous support during the transition can go a long way to help your child face the challenges ahead.

3. Going back home is easy!
Many people believe going back home will be the easy part of an international assignment, and so they might not give much thought to how it will be for their kids. After all, they know the home language so that should not be a problem. They have been in touch with their family at home every big vacation and every week or so through skype, so what could possibly go wrong? 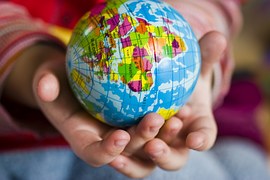 Well, let’s go back to that very first sentence; ‘…going back home will be the easy part…’. Whether this part of an international assignment will be the easy part for any person involved depends on a number of things; How long have you been away from home? How different was the country you were relocated to from your home country? How well did you keep in touch with your friends and family at home during this time? How much do they understand about the psychological aspects of living in another country (how much do they understand and support you?), etc. It is not unusual for internationals to return back home and find that the reverse culture shock is as ‘shocking’ as the first culture shock when moving abroad; the ‘home’ you remember might not be the same; the country and your network have changed just as much as you have while you were away. For your child, it might be even harder. Even though they might speak the language and call the country ‘home’ because you do, they might not have lived in the country before or not remember much of this time. So when they go ‘home’ expecting that they will fit in immediately, they are bound to be disappointed to find they have no friends of their own, they do not know the ins and outs of the slang their peers use, of the subcultures in the schools. Again, a good preparation and ongoing support can help your child face the challenges they might find on their way while moving back.

4. If my children are happy, I can be happy.
This myth we often hear from the international parents who spend the most time with the children. When they arrive in the new country, they might show a tendency to wait for their children to be happy in their new home, school, sports clubs, etc. before they would even consider doing something that will help themselves feel more grounded in the new place. They believe that their time to get to know the country, make new friendships, learn the language or find a meaningful way to spend some of their time through a job or volunteer work, will come once the children are all well settled.

Children look to their parents for guidance, when they see that one of their parents is home all the time, does not make effort to meet new people or to do something they like doing, the children are missing an opportunity to see how their parent would do the things they might find hard themselves (such as approaching a classmate, inviting them to their home). Furthermore, when parents and children are too much focused on each other, they tend to see each other’s negative behaviors or emotions as more problematic, possibly leading to a negative spiral where the child is unhappy because the parent is unhappy and waiting for the child to be happy. Our advice to parents who are in this position is to turn this belief around: when you make efforts to get settled and ‘be happy’ in this new place, it will be more easy for your children to do the same. Try to take time for yourself, find at least one activity away from the children, and try to make other efforts to build up a network for your family here in this new place.

What other myths have you believed in or heard about before your relocation? What bad advice has been given to your family? Share in the comments below or on the facebook page!