How Isabela coped with her friends’ move 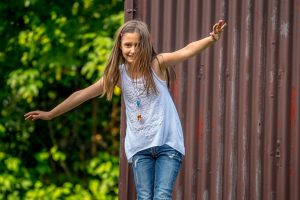 This is the story of Isabela, a 9 years old girl. Isabela’s parents are internationals, but they have been living in The Netherlands for a long time and Isabela was born here. Isabela was enjoying school and receiving good grades. She got along well with the teachers and her peers, and she had two best friends to play with. Her best friends even lived close to her home so that Isabela could have playdates almost every other day. There was not much that her parents needed to worry about, except maybe the occasional sibling rivalry between her and her twin brother Lucas. The two could fight over every little thing, but they could also play well together during other moments. When Isabela did not have a play date she could often join Lucas to his, and when Lucas did not have play dates, he could often join Isabela.

Summer was approaching
Although Isabela’s life was stable and her parents decided to stay in the Netherlands at least until Isabela and Lucas had finished primary school, they were attending an international school, and so change was a constant factor in their lives. The school year was coming to an end and for Isabela, the worst thing she could imagine happened; both of her best friends were moving away.

Isabela’s parents guided Isabela well. They helped her prepare gifts for the departing friends and made sure those last moments of goodbye were special and worthy. They also agreed with the friends’ parents that Isabela could talk with her friends regularly on Skype.  Summer came and the family went on holiday and family visits. Isabela appeared to be doing well, she met her friends on Skype as agreed and was happy to have vacation the rest of the time.

A new school year
But as the new school year started, Isabela had to face the facts. When she came to school, her best friends were no longer there. Although she had always gotten along well with her peers, they were not her friends. Isabela tried to find support with her brother Lucas and his friends. Unfortunately, Lucas and his friends felt that they should no longer play with girls. Each time Isabel tried to join in with them, she faced rejection. Isabela felt very lonely. She often fought with her brother. The sibling rivalry was at an all-time high at home, but now at school too they were regularly found fighting. Isabela even had to be sent to the principal once because she could not contain her anger. In the mornings, Isabela started complaining she did not want to go to school.

Yet with a little help…
Isabela’s parents and teachers had heard about Social Skills 4 Kids and wondered if this program could help Isabela. She joined a group halfway through the school year. Isabela was a bit worried to join, she feared she would be singled out by going to such a group. Although the children in her group had joined for a variety of reasons, Isabela was relieved to find that they had one thing in common; they all were struggling with something and they all were very normal children. During the course, Isabela was challenged to show initiative to join in with other groups and she learned about things she could do when she was feeling very angry. A few weeks into the program, Isabela’s parents reported that she was no longer complaining in the mornings to go to school. Isabela learned to take a break when she noticed her anger was rising high and she learned about ‘helping thoughts’ which she could use during such moments. The fights with her brother diminished and after some weeks, Isabela even found that she was better off now that she could no longer join in with the boys, because she had made new (girl) friends of her own.

* Embracing Horizons respects the privacy of their clients. Isabela is a fictional character whose story is inspired by several children who followed the course.