How Jake made the Netherlands his new home 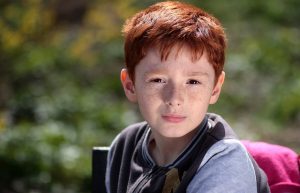 This is the story of Jake. Jake is a self-aware 10 year old boy. Jake used to live in the USA, but a few months ago his parents decided to move to the Netherlands, to a curious place called The Hague. Jake was looking forwards to the move to his new home, he saw it as an exciting chance to make new friends and experience a new environment. And his old friends? Well, with the internet, skype and online games they would only really be a click away, wouldn’t they?

Then reality kicks in

A few weeks after landing in the Netherlands, Jake finds himself home alone on a Wednesday afternoon. Disappointed. Making friends had not been so easy. In fact, Jake is very shy and has no clue how to approach the other children in his class. He only talks to them when the teacher says they have to work together, and even then, Jake and the other kid would only talk about the project shortly, agreeing upon the basics before they split to work on their own parts. Making friends in the USA had been easy, he had been in de same class since he started school, with the same peers who at some point had automatically become his friends. But not this time. This time it would take more. And his old friends? Staying in touch was not so easy after all, what with the time difference. Only for half an hour a day was it possible to talk to them, when they came home from school and right before he was supposed to go to sleep. And they already started to move on with their lives, they did not come online everyday anymore right after school to talk with Jake.

As a result of his disappointment Jake started to hate the Netherlands, to hate his parents for bringing him here and hate himself for being so shy and unable to make friends and to adapt to this new place. At home, Jake would often feel tired and fight with his parents while his grades in school were far below the average of his grades in the USA. Luckily, by this time his parents realized Jake was not coping with the changes very well and signed him up for Social Skills 4 Kids.

Yet with a little help…

At Social Skills 4 Kids, Jake learned how to approach other children. He learned how to ask others about their personal lives and this in turn led others to show more interest in Jake too. He learned how to cope with the changes and with rejection. Before the end of the course, Jake had become more confident and had made several friends in the Netherlands. The fights at home diminished and Jake was more able to appreciate the Dutch language and culture.

* Embracing Horizons respects the privacy of their clients. Jake is a fictional character whose story is inspired by several children who followed the course.

Want to stay informed about our upcoming blog posts, events and more? Let us know here!